So I did the risky business. I attempted to ombre my own hair. This ombre hair trend has been in for a while now and it’s not uncommon to see girls walking down the street with their beautiful luscious ombre hair and on-trend clothes… oh, but I am envious; if only I could be trendy and fashionable without having to put so much darn effort in the morning!

I had a dream one night that I had bleached the ends of my hair and dip-dyed them a fluorescent pink, and when I awoke the next morning, I couldn’t shake the desire of fulfilling that dream (minus the pink fluorescent dip-dye bit. My parents would have a coronary failure if that were the case).  The issue was that I wasn’t exactly willing to fork out $50-$70 to get it done at my hairdresser. 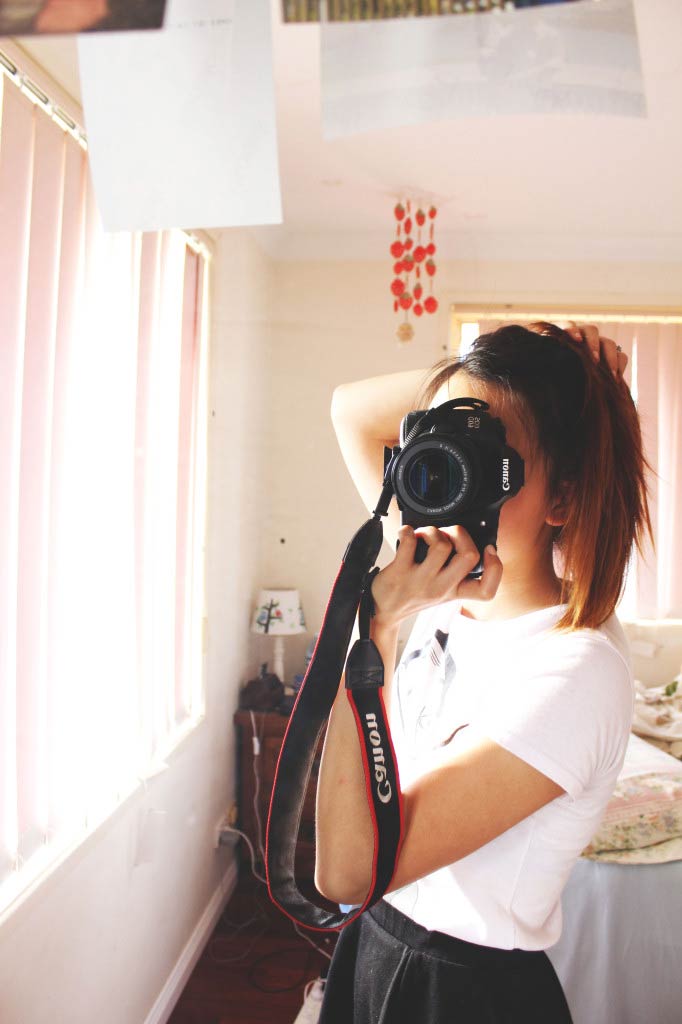 So how does attempt to ombre their own hair? I hadn’t actually read up much about how to do it- all I knew was that I didn’t want to buy straight bleach because I’ve had no experience with it before.  Although, there was this one time when I went to this really expensive transgender Phillipino hairdresser and he bleached my hair all over and it literally felt like my scalp was on fire.

So on the way home from the city that day, I stopped by Priceline and looked at their selection of super-blonde hair dye and I found this beauty: 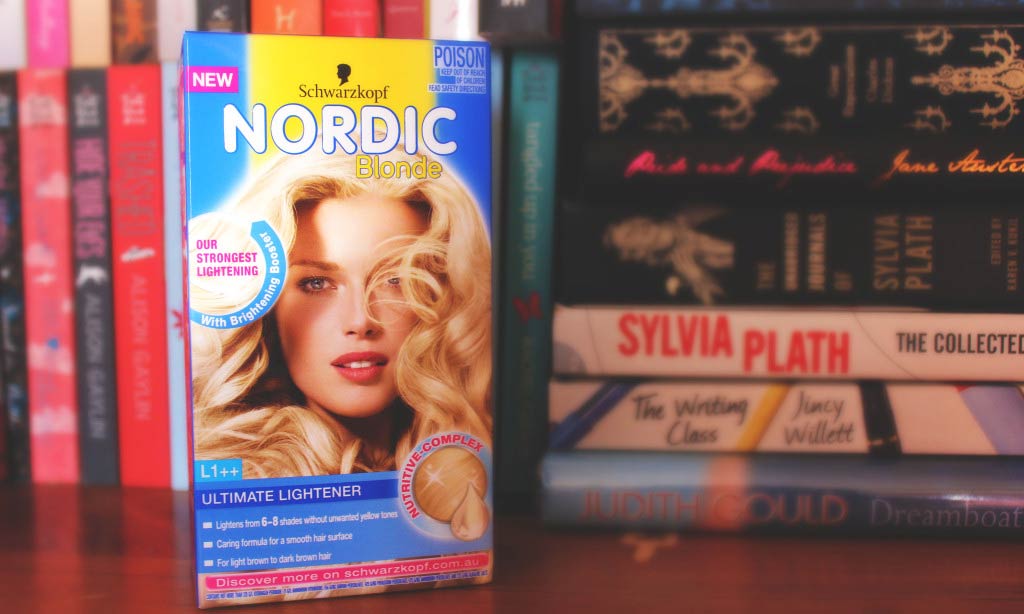 “Nordic Blonde” by Schwarzkopf. Ok so what initially attracted me to this box of hair dye wasn’t the model-esque blonde on the packaging. It was the fact that it said “Nordic”. I stood there with the box in my hands, like-”YEP, I’m sold.” Because that’s how much of a sucker I am for Nordic and Scandinavian things.

The great thing is that this product is specifically made for dark brown hair colours and I was super excited when I saw the colour results. It’s not really a “dye”; it’s a lightener- so I guess it’s considered as bleach. 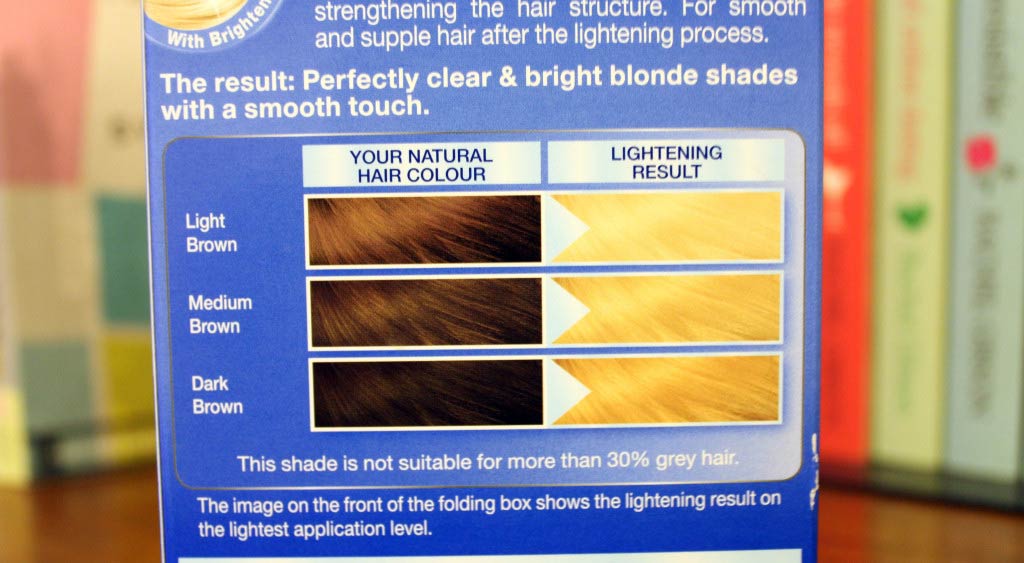 This is the before and after of my DIY ombre hair: 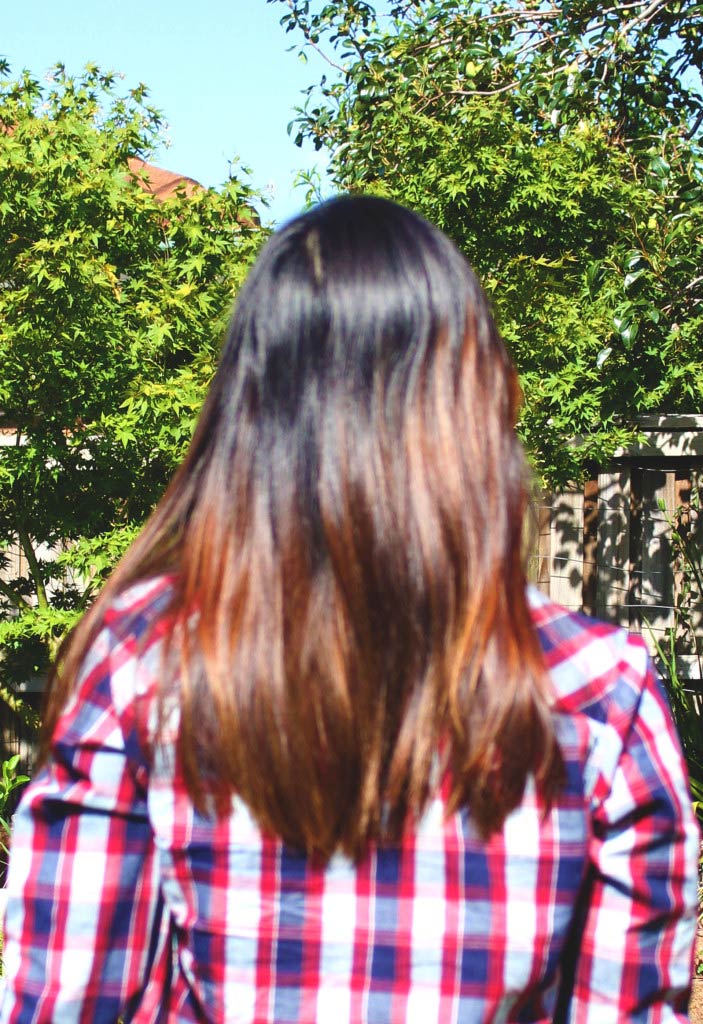 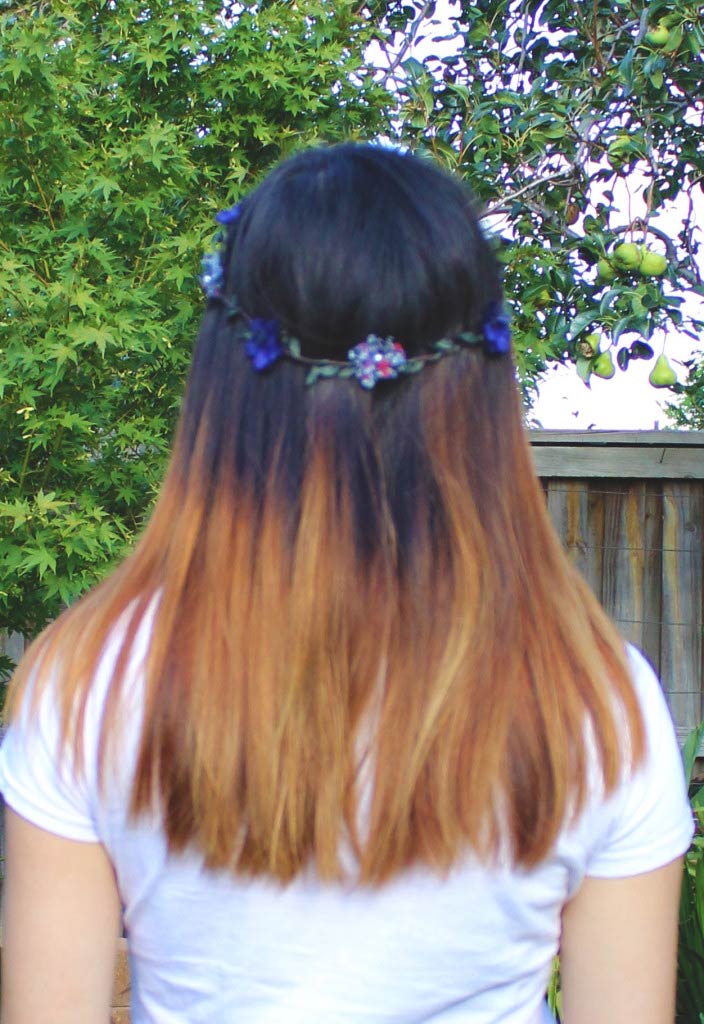 As you can see, my hair was already coloured so it made the whole DIY ombre process a little easier and gave a smoother transition from my natural hair colour. It did turn out a little uneven though but I kind of like it because it makes it look more rugged. It didn’t turn out salon-professional, but I’m rather happy with my attempt and it really only cost me $15 so I’m not complaining! It didn’t turn out super blonde, but there are sections where it’s true-to-colour as it depicts on the box. It’s like an array of different shades and tones which is super cool under different lights 😀

The only tip I can really give to those of you who are thinking of or about to ombre their own hair is to not rush the process; take a section of hair and lather it with the highly poisonous formula that will make your eyes sting and your nose crinkle and make it slightly harder to breathe. I recommend having an open window while you do it :). If you have an extra pair of hands or a friend that is willing to help you ombre your hair, then that would be even better.

I leave you now with a few photos of myself sporting my DIY ombre hair; not as trendy and chic as all those girls walking down the streets,  but I do try. 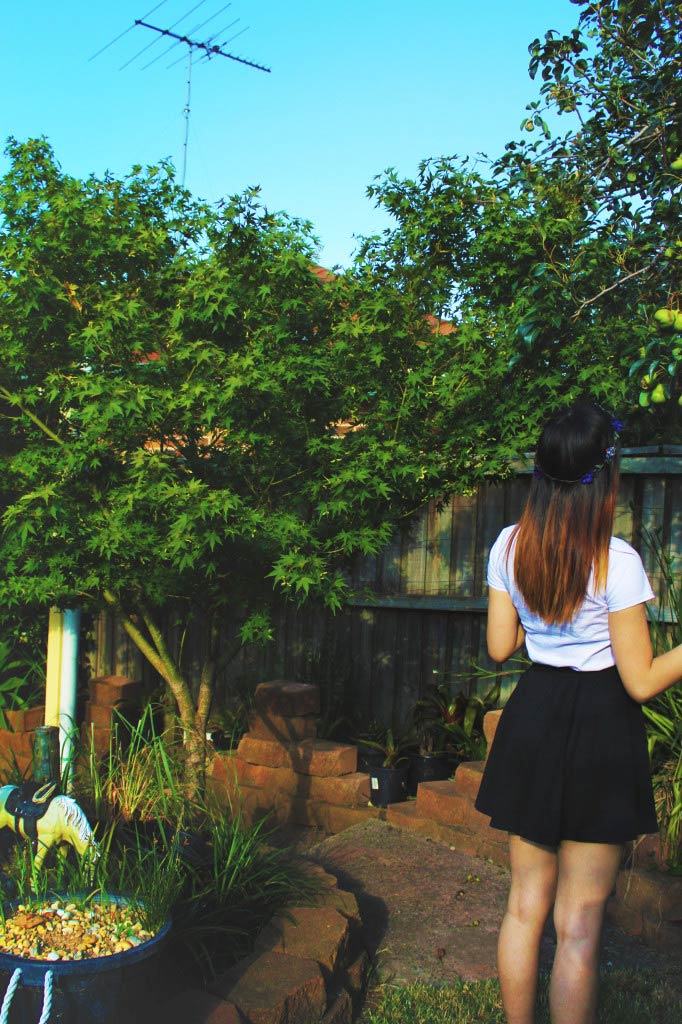 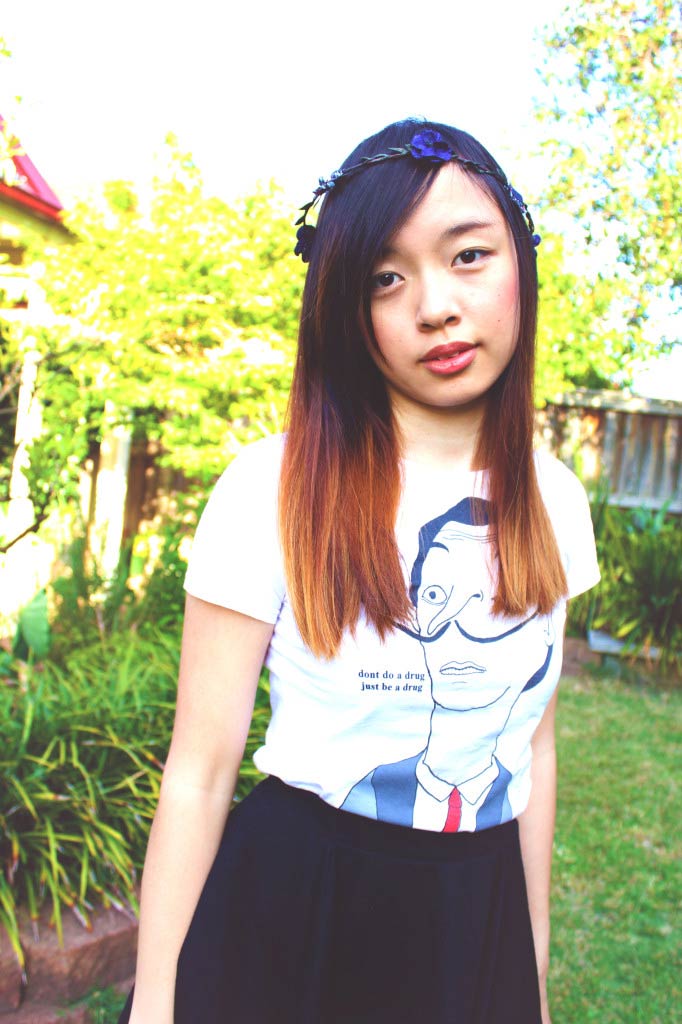 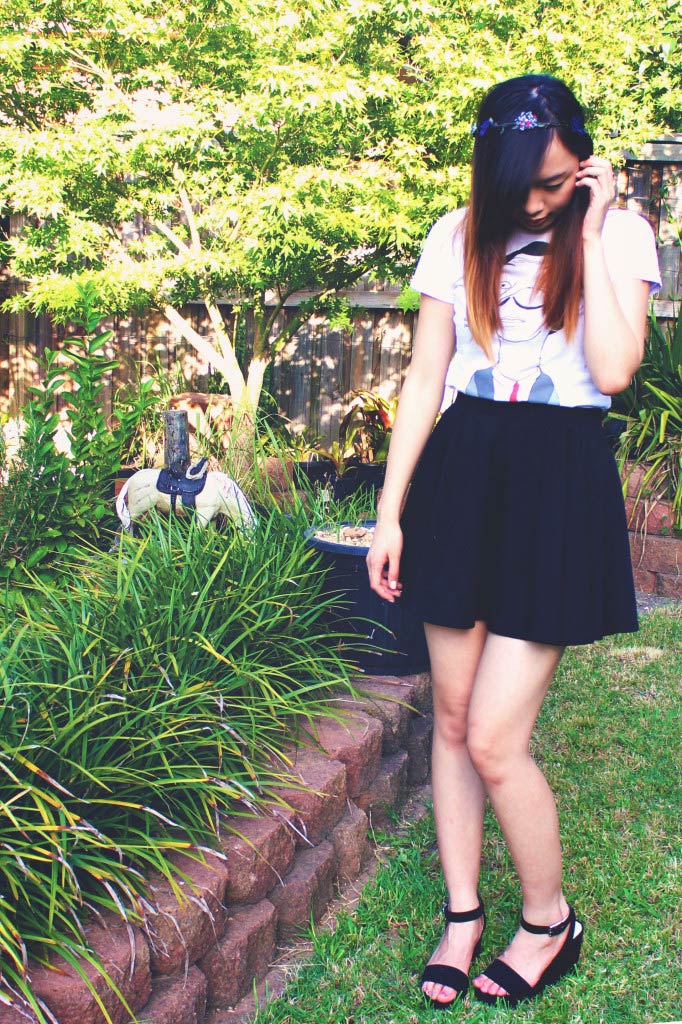 Did you know: “ombre” in French means “shadow”?