I had expected costumes and a parade; but dayum. Switzerland, you sure know how to throw some crazy festivities and carnivals.

On Monday, I headed to Lucerne for the last day of their annual Fasnacht (carnival) where they celebrate the end of winter. It was the first time that I travelled alone (sort of, I met up with my friend Daisy halfway) and I felt rather accomplished and proud of myself. I had woken up that morning with a strong desire to continue sleeping, but I forced myself to get ready and head out because I remembered that this was supposed to be my year of challenges, and I wouldn’t ever face any challenges if I’m always sleeping in bed all day.

I saw a guy on the train dressed as a banana, and already then I was super excited. So you should have seen my face when we walked out of the train station in Lucerne! There were people everywhere, dressed in an assortment of weird things. There were aliens and monsters, goblins and clowns, princesses and animals. My mind was blown. 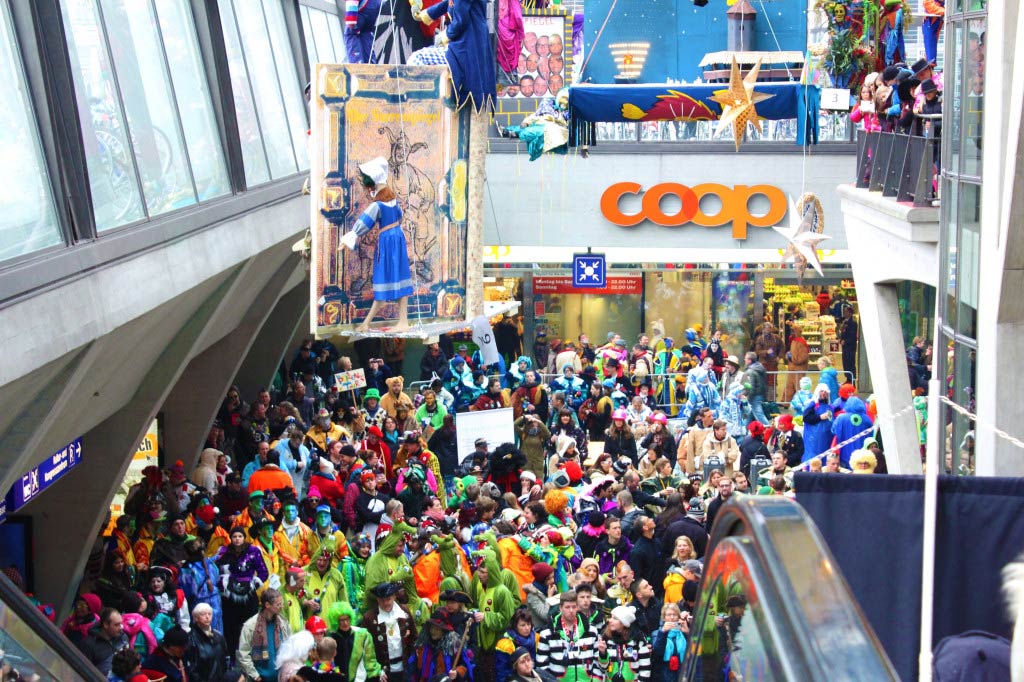 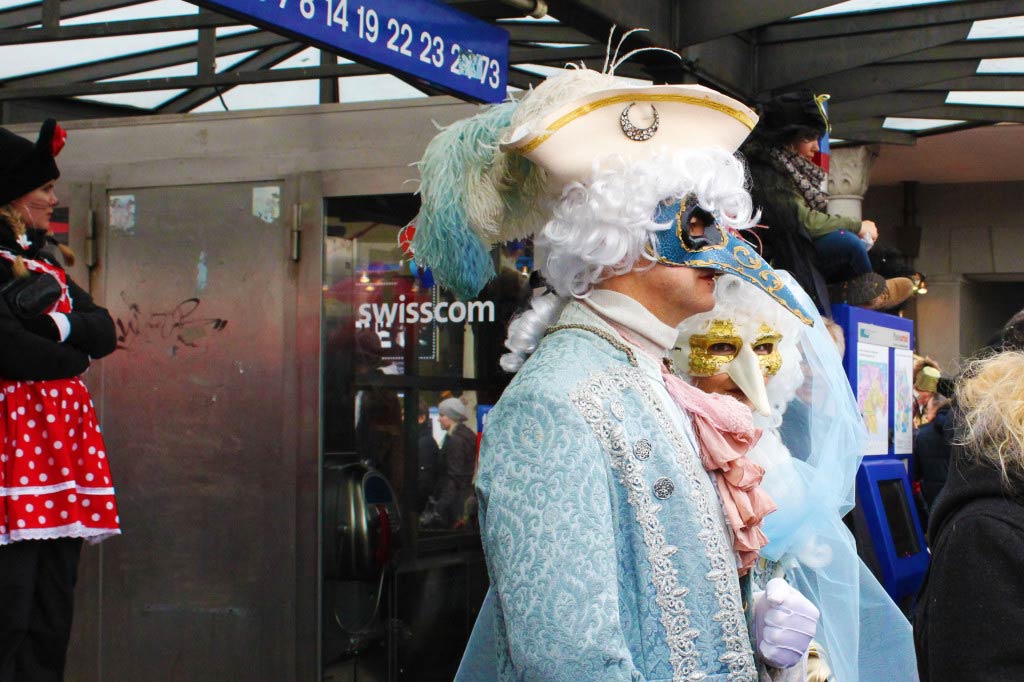 I think what I found so astounding is that everybody literally goes all out with their costumes. It’s such a family atmosphere too- you have young families, parents with their kids who have put so much thought and detail into their costumes. It’s definitely something that I’ve never experienced in Australia (or anywhere, for that matter) which is what makes it so mind blowing! 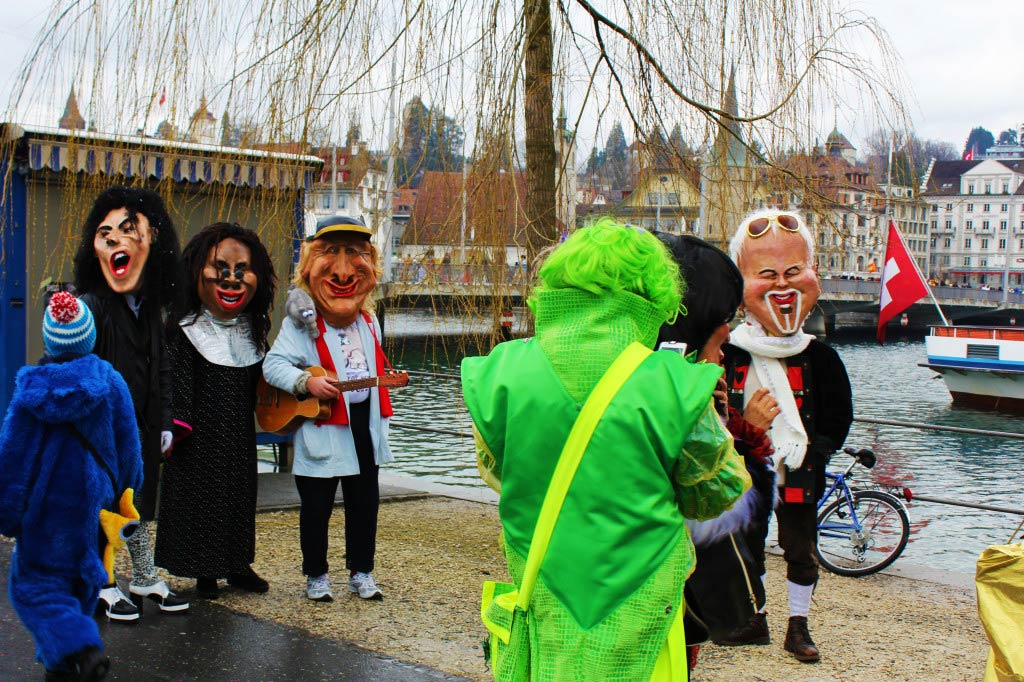 There’s a stigma that the Swiss are a conservative bunch (particularly the German speaking regions), but I swear, you take a step into a Swiss carnival and it’s like you’re in some sort of bizarre, cross-genre fantasy game where everyone is either super bright and cheery, or super drunk and crazy. Sometimes you think you’ve been teleported back to the medieval times, but then you see someone dressed as a giant chupa chup or a Pikachu and you realize that no, you’re still in modern day Switzerland. 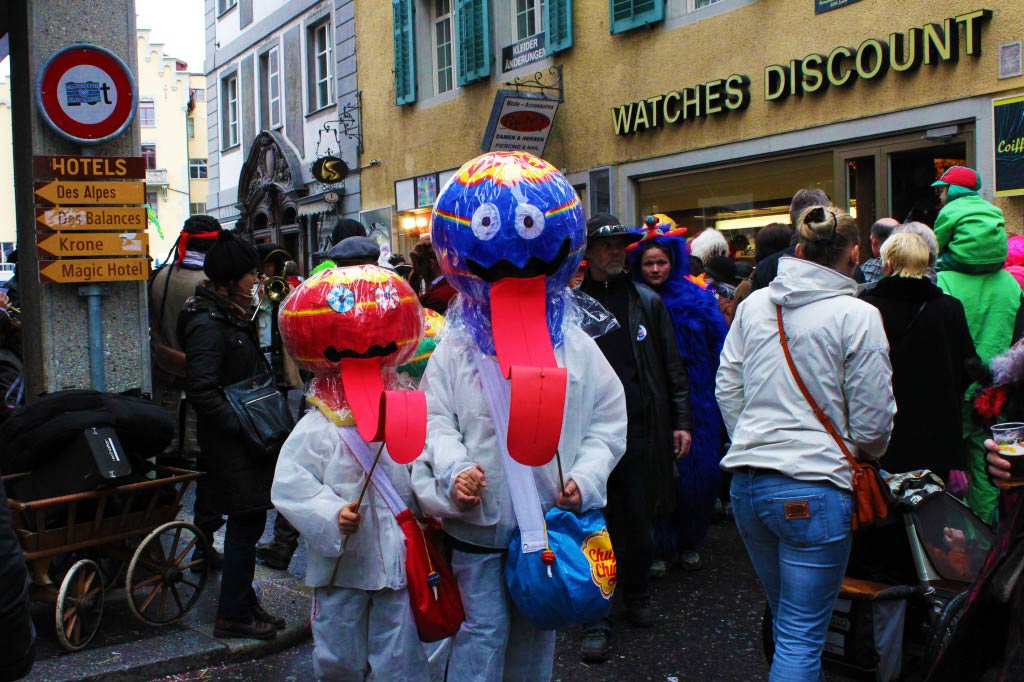 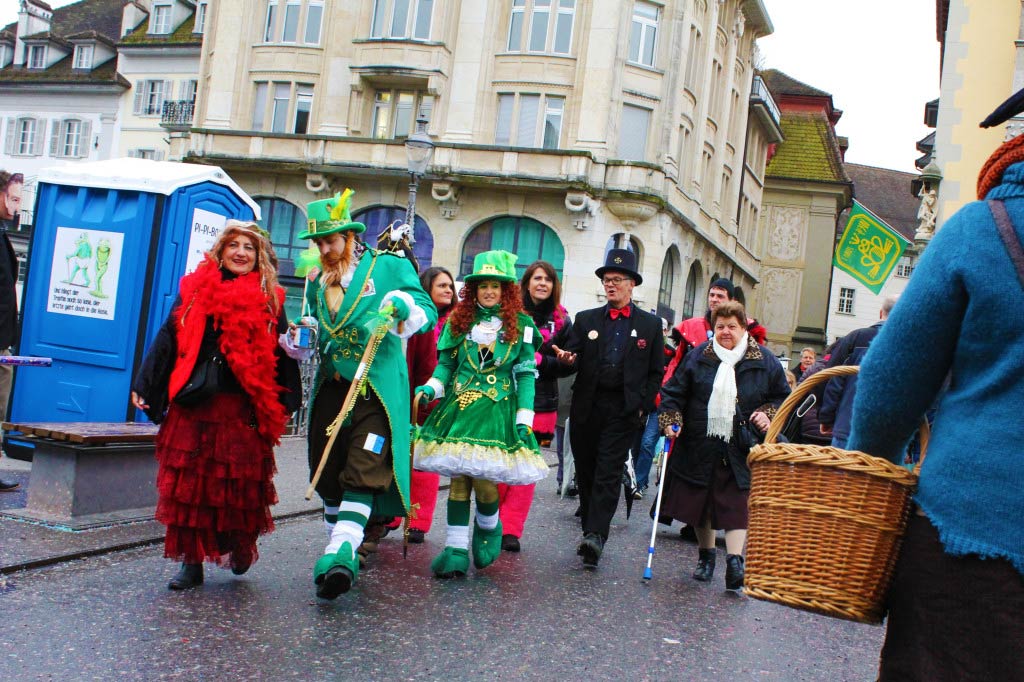 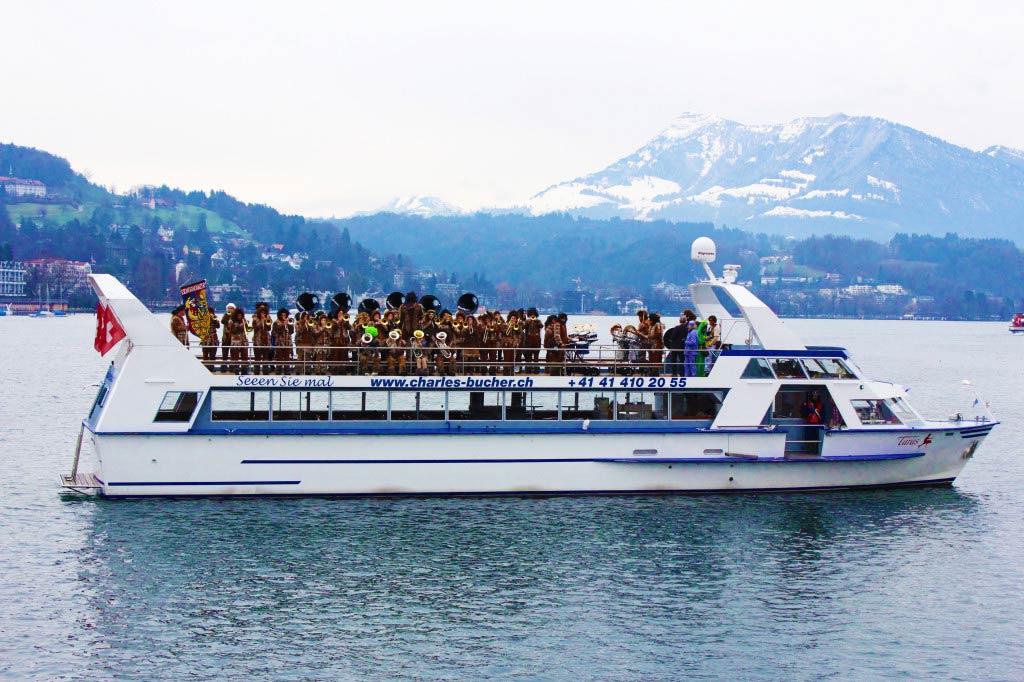 Everywhere I went in Lucerne that day, music could be heard. There was never an absence of marching bands and I discovered that day that I’m not particularly fond of large crowds… or for little kids throwing buckets of confetti on me 🙂 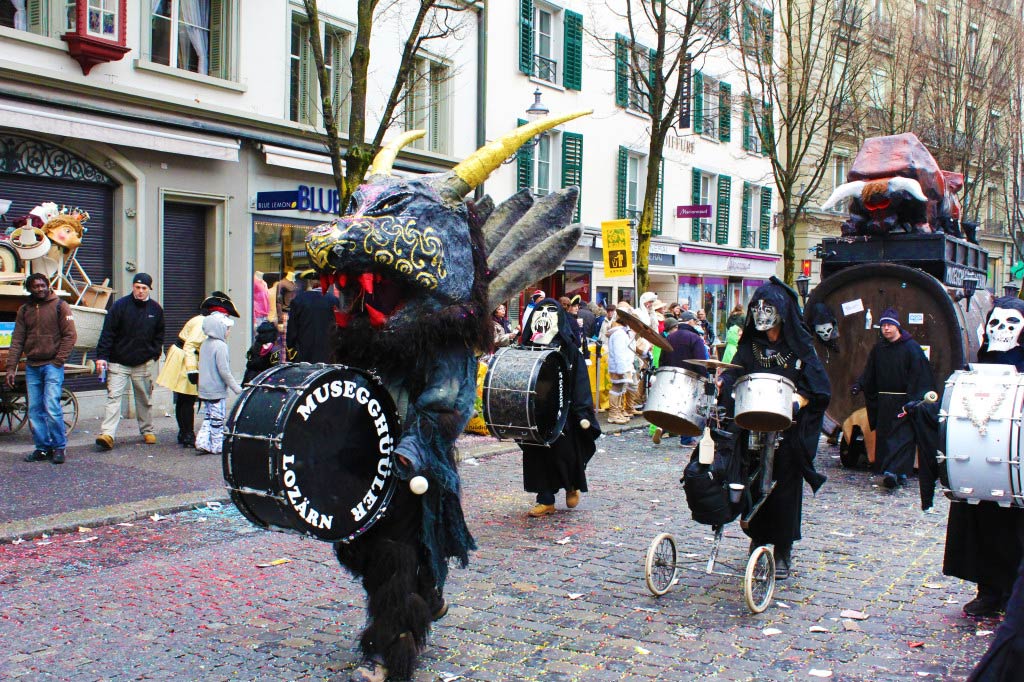 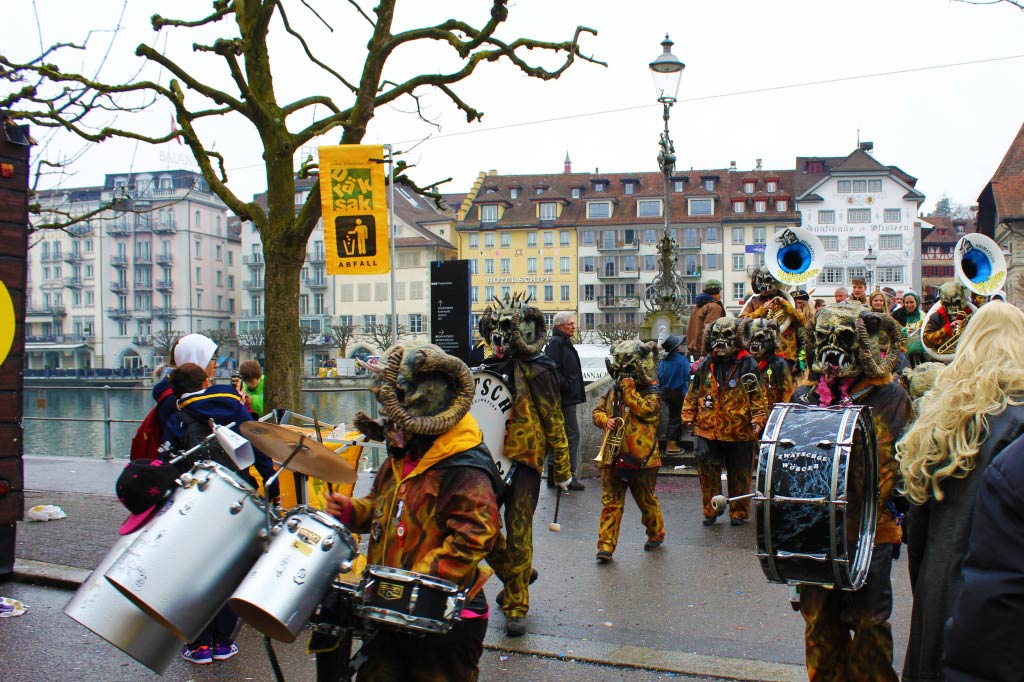 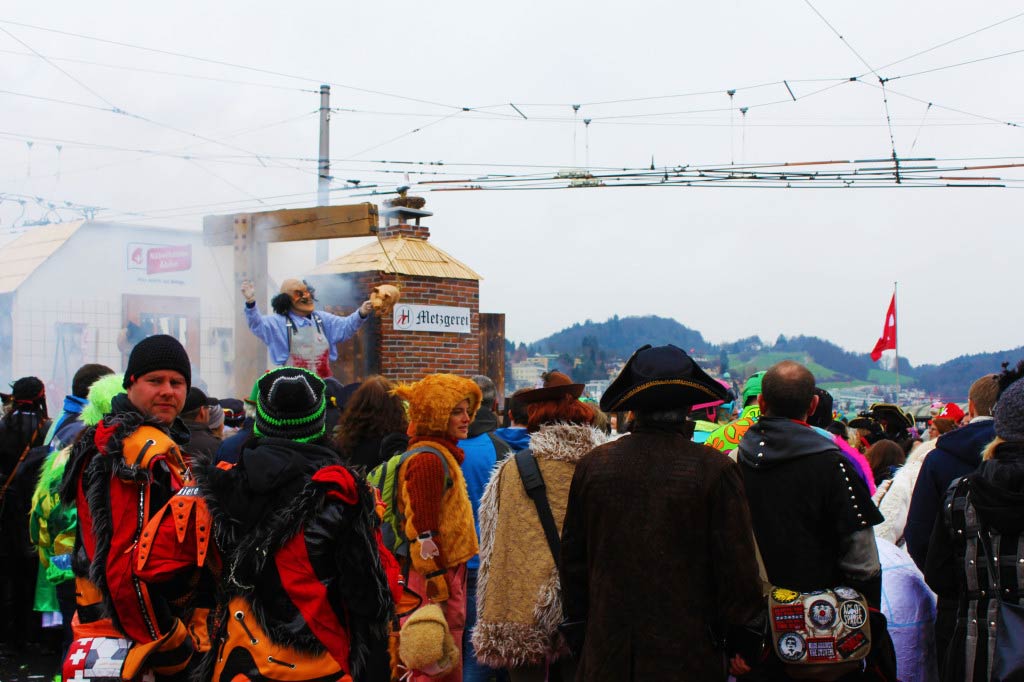 But other than that, it was such a brilliant day and I wish I could have taken better photos but I was too busy eating this giant pretzel. 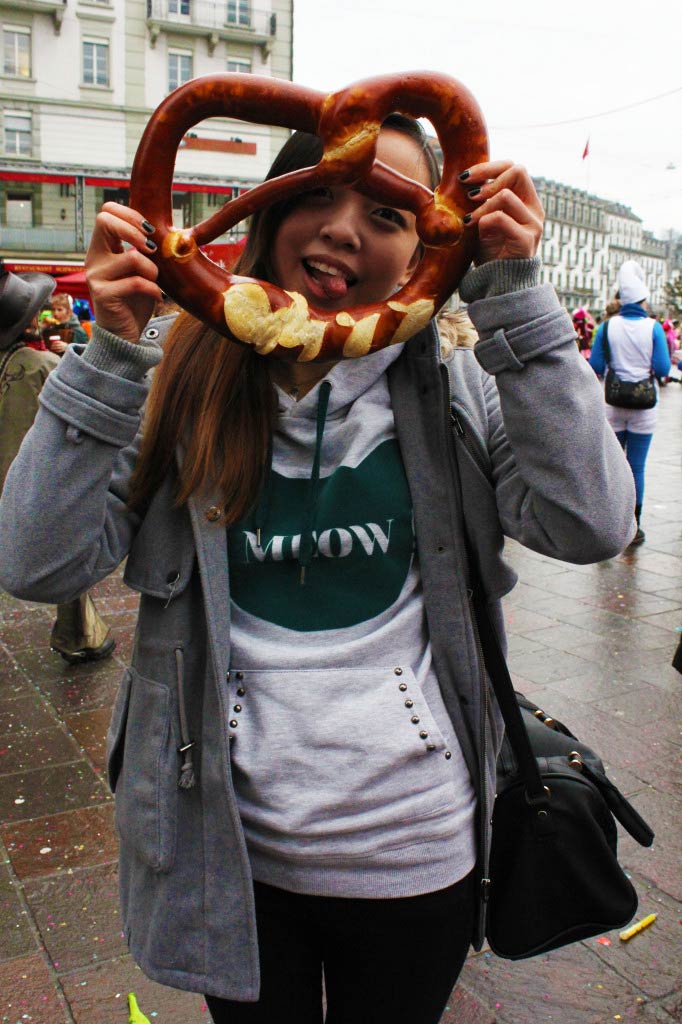 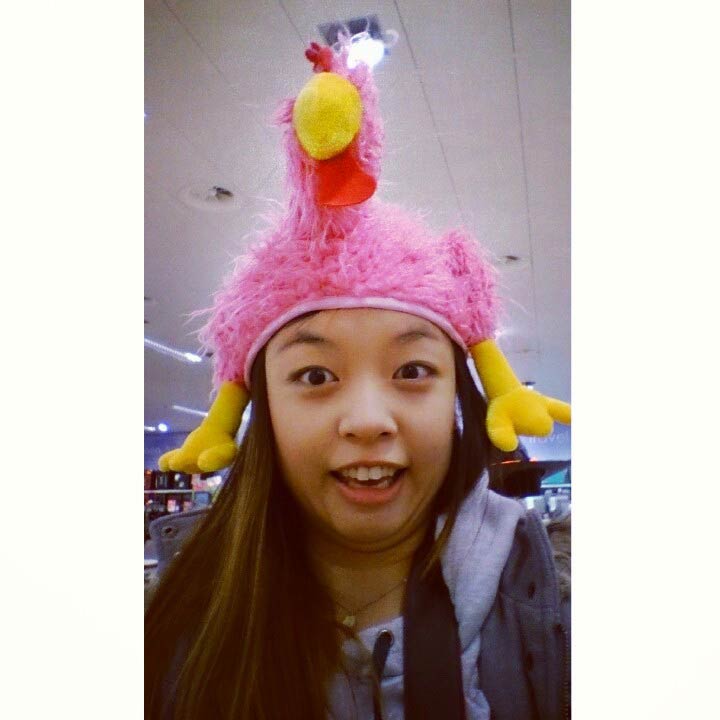 So yeah, if you ever have the chance to go to a Swiss carnival, I highly recommend it! 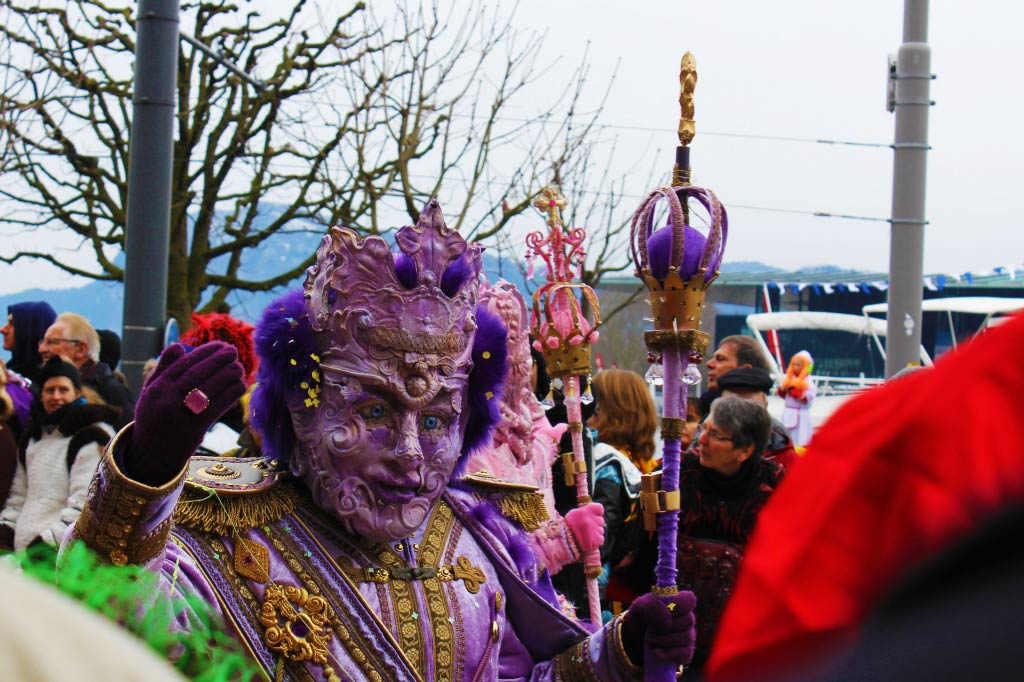 Here’s my vlog of the whole ordeal: