I have emerged from the tumultuous ocean that is the last semester of my third year of university. I barely survived but here I am with a heart half passionate about things to come…

I’m not sure if many of you know, but I’m doing a combined degree at university; a Bachelor of Communication and International Studies. For the International Studies part of my degree, I’m required to spend one year overseas studying- and if you follow me on Twitter or occasionally lurk around on my YouTube, you’d know that I’m going to Switzerland next year. The thing is, I’ll have to pass French in order to be able to go and right now I’m in this never-ending pit of worry and anxiety that I might just have failed French… I won’t find out until the 16th of December, so the next four weeks I’m just going to be in a state of absolute self-loath over the fact that I suck as a person.

Anyway, this whole self-loath thing made me realize that I’m terrible at dealing with failure. Ever since the 10th grade, I’ve prided myself in my intelligence and wits… like, yeah, sure, I suck at pretty much everything else in life, e.g. making friends, being social, finding qualitative happiness in forms other than materialistic… but at least I’m kind of smart, you know? I’m a decent student- I strive for the Distinctions and the High Distinctions and I’m not too bummed about getting Credits… a Pass might put a damper on my mood, but I’ve never failed anything. Ever. Well, except mathematics in high school (but seriously, who needs math unless you’re a rocket scientist… or an architect- which I would totally want to be if I were ever good at math). So the idea that I might have just failed French, which means not being able to go to Switzerland and complete my INTERNATIONAL STUDIES part of the degree… well, it is really freaking me out. 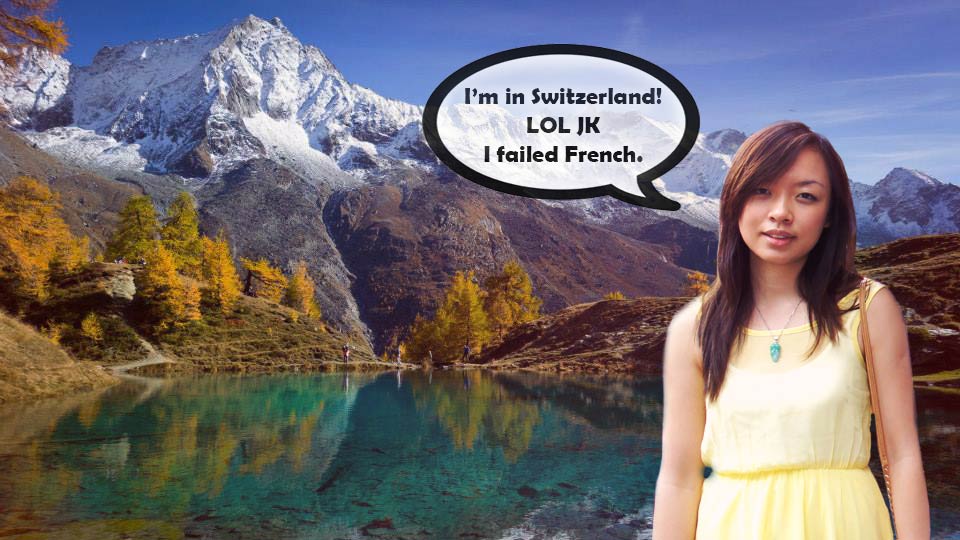 ^ Photoshop at its finest…

I remember the day that I chose my preferences for University and decided that I would put my first preference as a combined degree with International Studies. I never thought I would get it- but the thought of being able to go to another country to study seemed pretty freaking cool. So naturally when I got offered my preference, I pretty much screamed my head off in pure ecstasy over the fact that I’m intelligible enough to have gotten in! So the fact that for the past 3 years I have been completely anal about getting great grades for every subject, only to fall flat on my face the semester before I’m supposed to go to Switzerland (WHICH WAS THE MAIN REASON WHY I CHOSE THIS DEGREE IN THE FIRST PLACE) is making me super anxious.

You know what the pathetic thing is though? If I do pass French and I do get to go next year, I’m still going to be a nervous, anxious wreck. The time is fast approaching; I pretty much have a little over 2 months until I land in Geneva (if I pass, of course). I have never lived alone, and to do so in another country where the native tongue is not of my own… it frightens me beyond anything. Right now I am in a state of despair and I find it hard to be excited about anything in the near future. I’m worried about whether or not I passed French, and come December 16th when I find out my results, I’ll either be worried about going to Switzerland or being stuck in Sydney with a big fat FAIL plastered all over my intellectual ego.

I pretty much suck at being a failure. 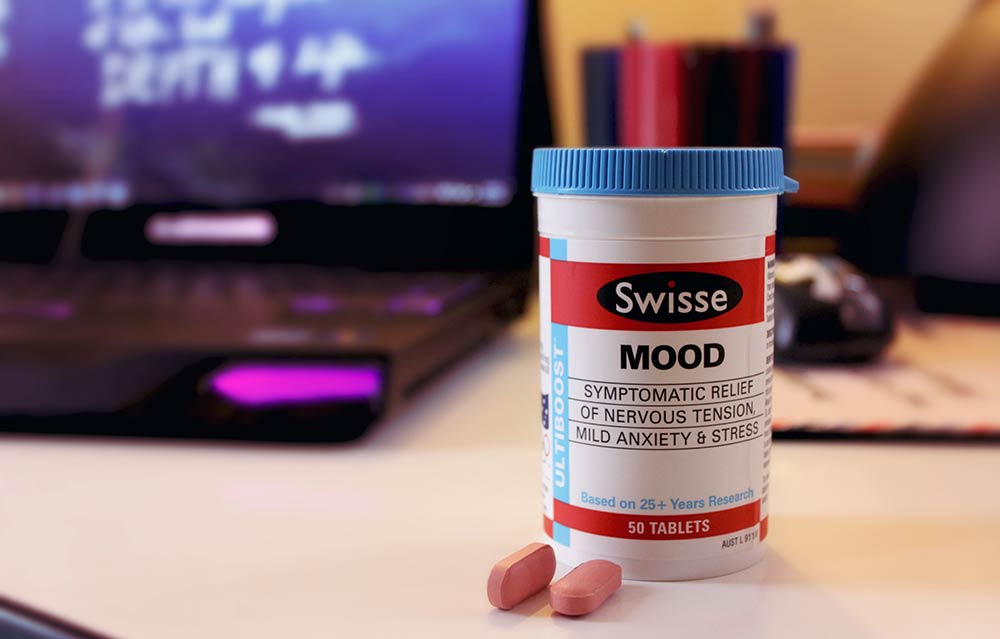 In the meantime, I’m trying to cushion my anxiety by taking Swisse Ultiboost Vitamins for Mood. I figured it’s better than taking a prescribed drug to mediate my anxiety/depression symptoms because it doesn’t have any nasty chemicals and therefore no nasty side effects. It’s just like a high dose of vitamin B, folic acid and natural remedies (ginseng and what not). I don’t think it’s actually having any great effect but I guess it’s only a symptomatic relief… so I should stop expecting it to fix my problems because the only thing it’s fixing is the rate of my pulse palpitations.

Anyway, the plus side to everything is that the semester is over and I have time to do things I actually want to do! I’m going to try and write a blog every Sunday (and hopefully it will be much more insightful and entertaining than this one). Along with that I should probably do something with my YouTube channel and be productive and creative. I think that’s the only way I’m going to get through the next four weeks of nervous anticipation over my results.