So a few weeks ago I was racking my brains trying to think of something that I could do or give to Mattias for his 21st birthday. At that time, I couldn’t book a surprise flight to Sweden because I had university and assignment deadlines to meet (little would I know that my French teacher was going to cancel all classes for the week… #sigh). I also didn’t want to buy anything in particular to send and usually I’d just play a piano cover of a favourite song of his and upload it to YouTube… problem being that my piano is on the other side of the world. ALAS, I came up with this BRILLIANT idea to surprise him with a video- not of a piano cover, but of his friends and family wishing him a happy birthday. I’m not sure if you all know, but he has this tendency to surprise me with video montages during my birthday so I thought this would be perfect pay-back/gift.

No, but in real honesty… I am THE WORST at keeping secrets and surprises under wraps. I think I might have subtly dropped a few hints here and there to him though, like, “I’m working on a secret project” etc. But you know, I tried. Anyway, I contacted all of his closest friends and family members to ask them if they were willing to film a little birthday message and many obliged! I even sent an e-mail to Tyler Blevins aka Ninja aka a professional Halo gamer and he promptly replied with a video message for Mattias! I WAS LITERALLY PATTING MYSELF ON THE BACK and really wanted to tell Mattias but that would have defeated the whole purpose of the surprise.

Of course, the video project wasn’t without some difficulties. Contacting people outside of Mattias’ immediate family and friends was difficult obviously because I’m kind of a nobody, so there were ‘promised’ videos by a few people that just never came around. All good though! I think the end result was perfect and hopefully Mattias thinks so too (at the time of writing this, he has not yet watched it). 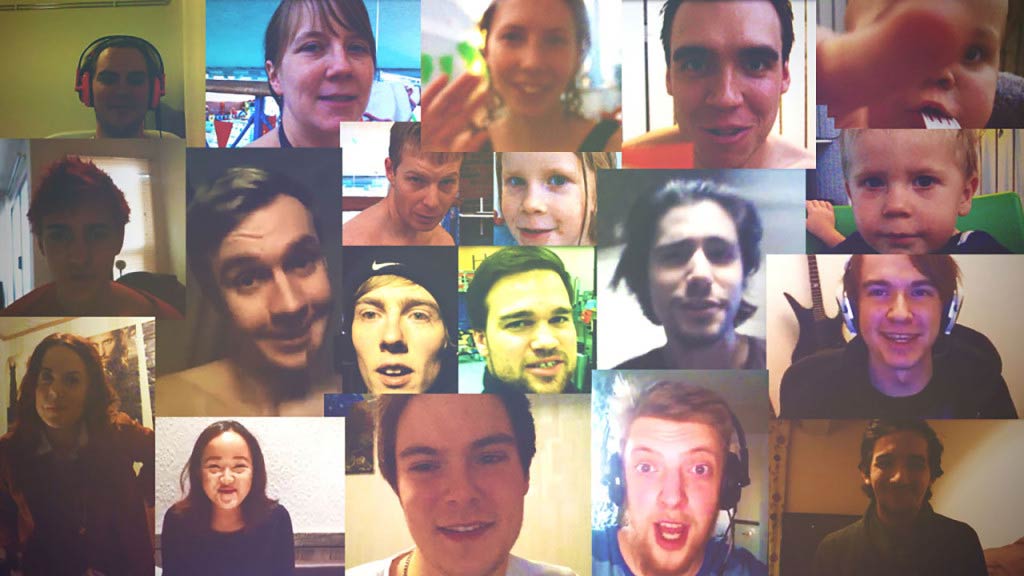 I ‘hired’ Tim aka North Power aka one of Mattias’ friends, to help me translate the video messages that were in Swedish and I was so happy that Tim was 110% willing to do it! So, thanks Tim! You da best.

Anyway, that’s about it. I actually can’t believe I managed to pull it off, especially in the midst of doing a 5,000 word research project, travelling to Germany and chasing people up for their video contributions! So thanks to everyone who contributed and made it a somewhat easy process 🙂 I’m very grateful!

And Mattias. I hope you have a wonderful birthday and eat lots of yummy cakes and cinnamon rolls etc. I’m very thankful that I stumbled upon your YouTube channel and proceeded to Tweet you. You once told me that I deserve happiness, and you have definitely helped bring happiness into my life. You have the greatest bunch of friends and a lovely family and I’m so grateful that I get to be a part of your circle. We haven’t spent any of our birthdays together in the flesh, but the day will come and we’re going to eat so much cake and candy that we’ll become pigs that roll around in mud, squeeling with joy and contentment as we grow older, uglier, wrinklier and greyer every second of the day…