Christmas in Sweden is like no other. The sun rises between the hours of 9 and 10, catching the crystals of ice that is sprinkled across deep inches of snow. A bowl of hot rice porridge is a must, sprinkled with cinnamon and sugar and accompanied by a cold glass of mjölk.

You walk out into the cold, it’s somewhere between -15 to -21 degrees celsius but you’ve lost all count of the numbers. Cold just becomes cold and freezing becomes freezing. The snow sticks to the bottom of your shoes and you slip around the church. The challenge of balance is a new phenomenon as you take miniscule steps to save any potential embarrassment. The church choir sings and your mind loses all focus after an hour of nonsensical Swedish is spoken. 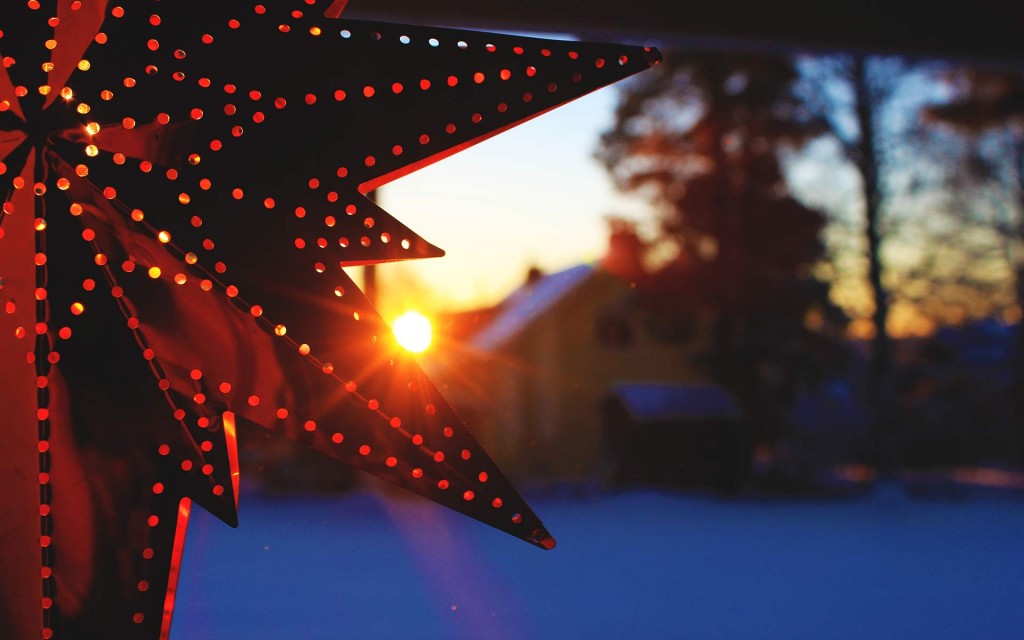 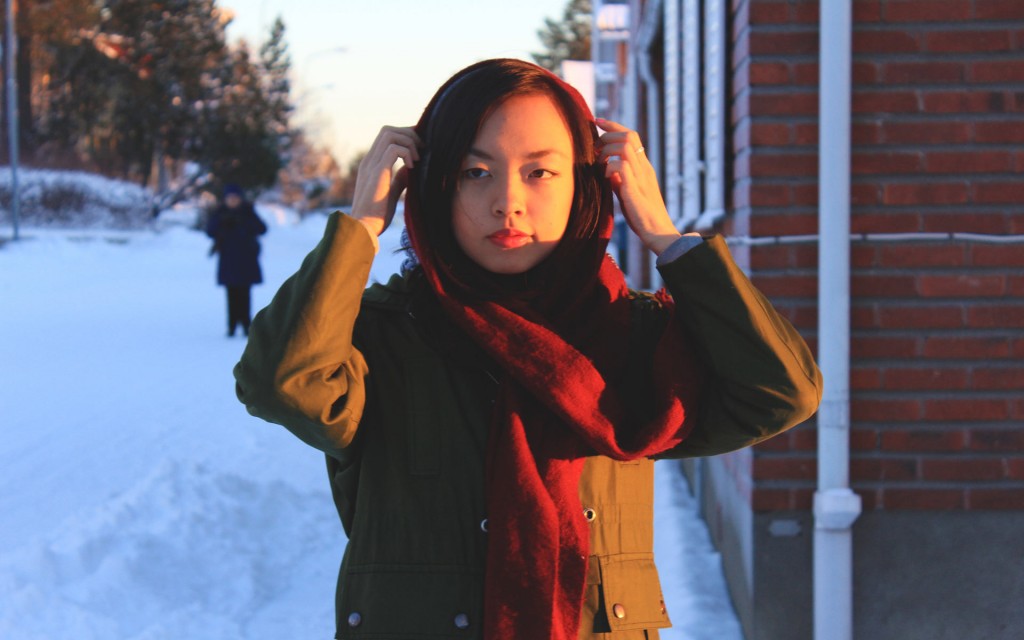 But the sun is out and the snow is nice and so you endure it all for it is the first white Christmas and all is as  it should be. There is no dipping your toes in the sand or munching on a BBQ’d sausage sizzle whilst lounging under the hot Australian sun and singing Frosty the Snowman at the top of your lungs. Everything just makes much more sense- Christmas in Sweden.

Kids are laughing and crying and you want to hammer your head into the sofa as you feel yourself developing a migraine, but the food makes up for it. 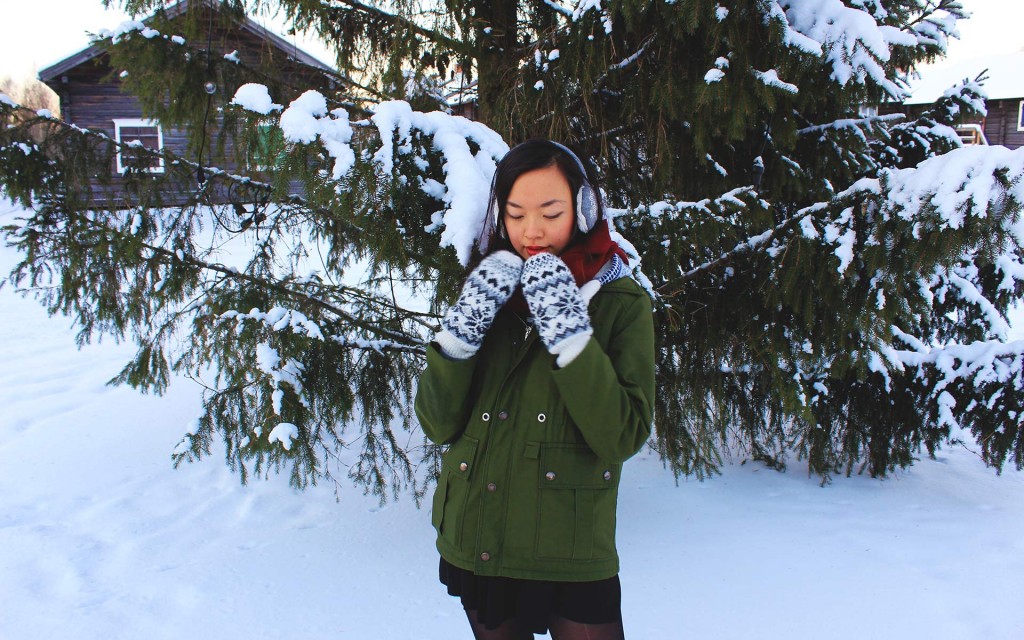 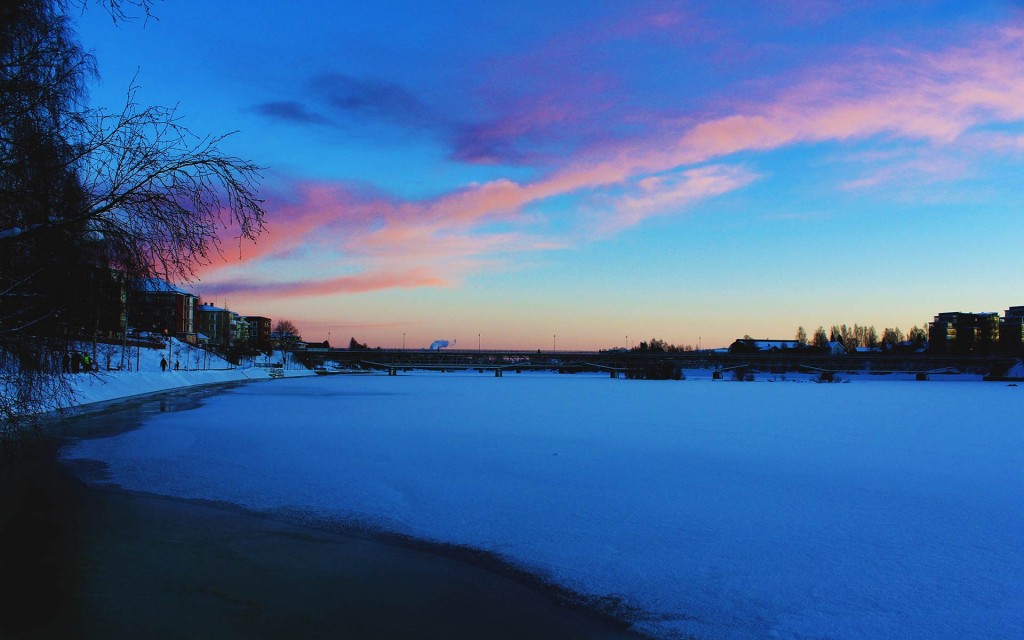 It’s 1pm and the sun is already setting, the sky alight with shades of orange and pink and the snow is still glittering and all is as it should be, for it is Christmas in Sweden.

A familiar Santa Claus knocks on the door with a strangely obscure mask and sack over his shoulder filled to the brim with presents for all. “GOD JUL” he will exclaim but the kids do not care as long as they get their toys this year. Unwrapping gifts- amongst them jewellery and movie tickets, and a promise to see the Northern Lights. All is as it should be, after all, it is Christmas in Sweden. 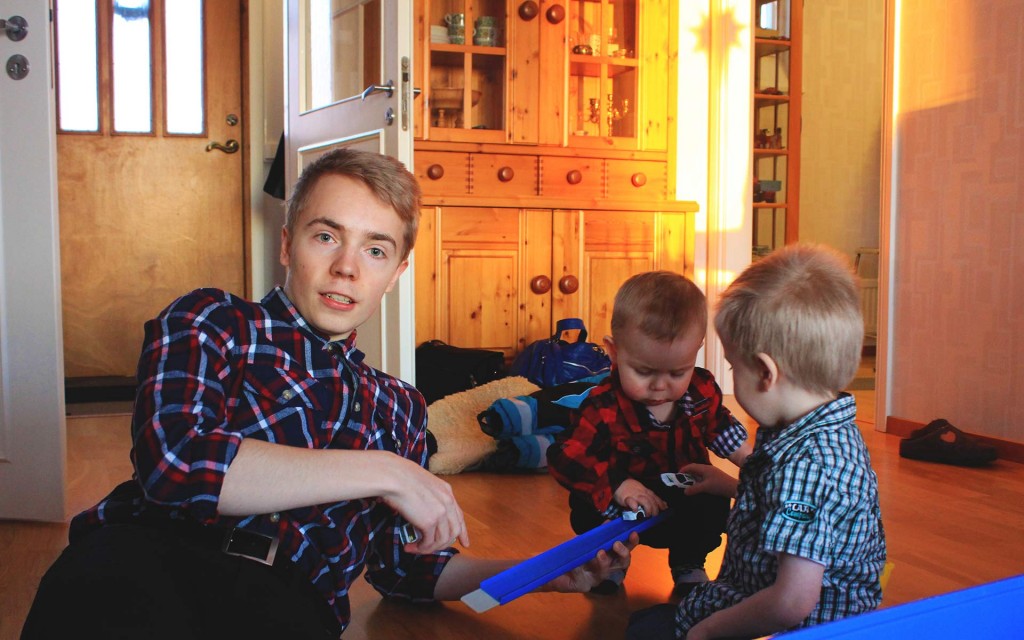 And as Christmas draws to an end, games are played and laughs are exchanged. But the feeling of Christmas lingers until the very last day of the year as the lights sparkle in the darkness in all its Swedish simplicity- no over decorating or bright neon lights. Like everything Swedish, Christmas is classy.

We drive into the outskirts of town, a northern light safari is in operation. It is -21 degrees celsius but freezing is freezing. And in the distance, we begin to see the first green lights flickering across the northern sky. The stars are bright- brighter than I have ever seen. No city lights to pollute the sky, just the universe before my very eyes. The northern lights are faint but as time goes on, they illuminate in strength, like curtains they fly across the sky. 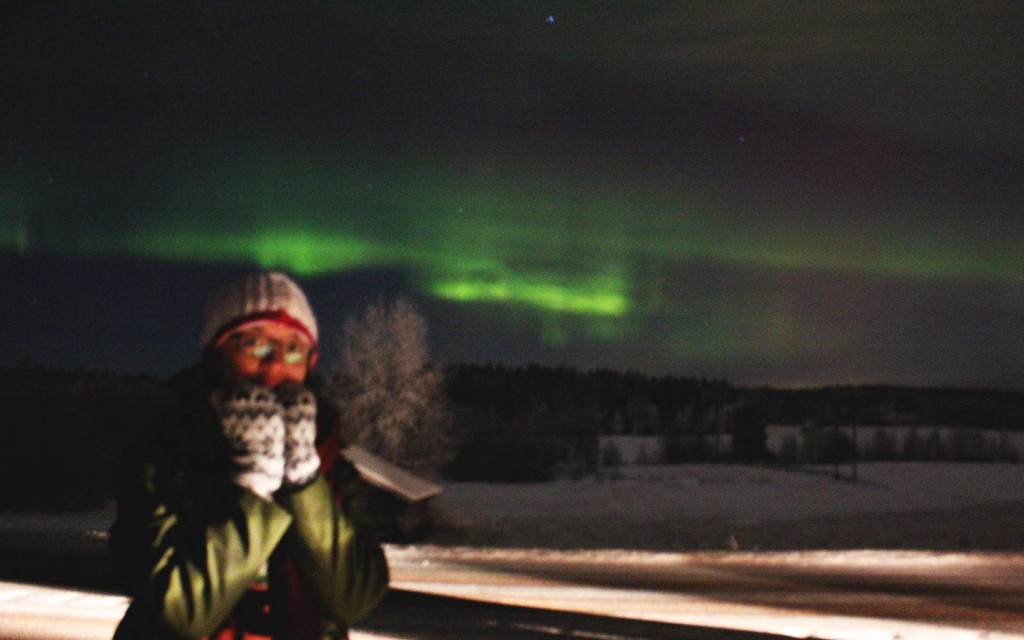 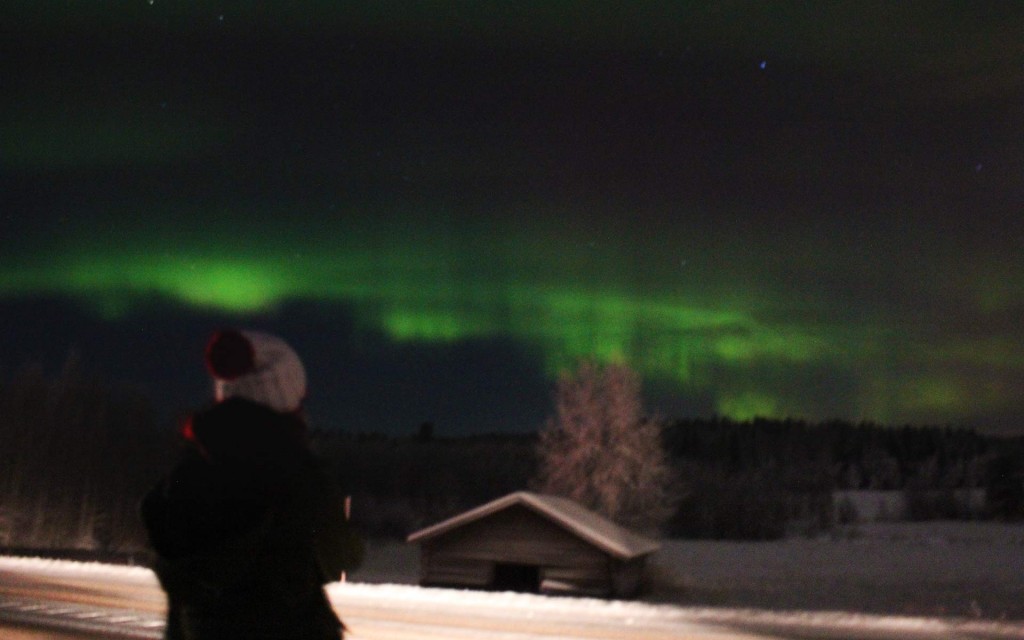 The car has stopped; the battery is dead, but a friendly Swede and his son help to get the car started. And all is as it should be, driving down the desolated and iced road in the North of Sweden with the Aurora Borealis looking down upon us. 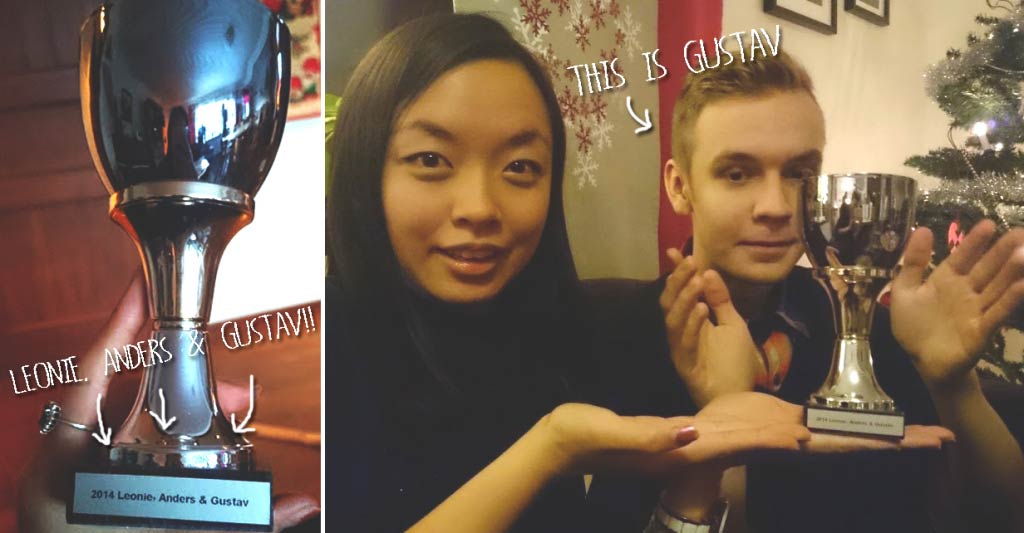 And we end the last day of 2014 with an unintentionally gigantic new friend; Leif the snöpojke. The fireworks aren’t as impressive as they are in Sydney, but they’re a banging way to bring in the new year. 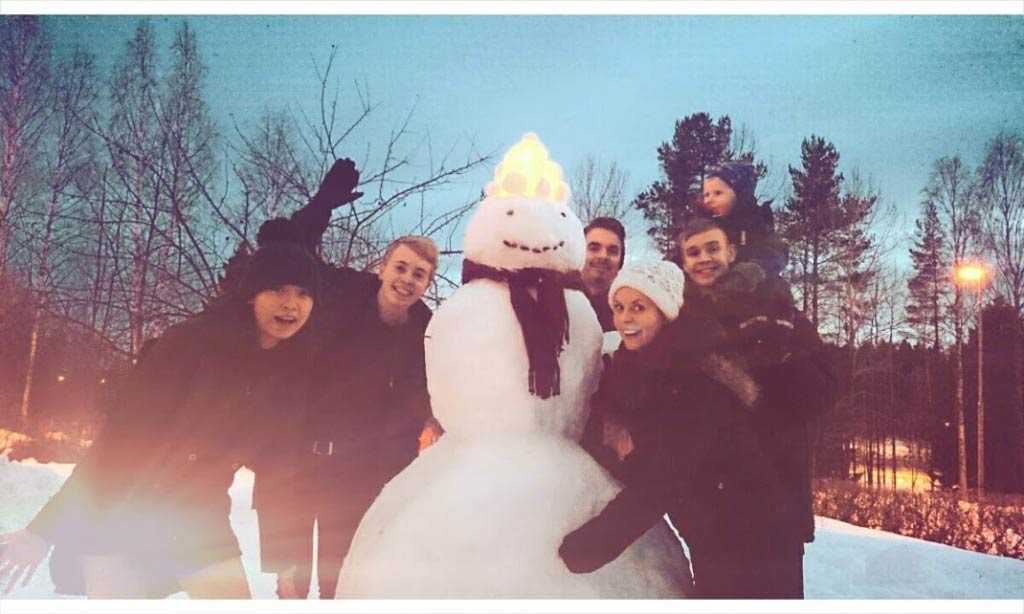 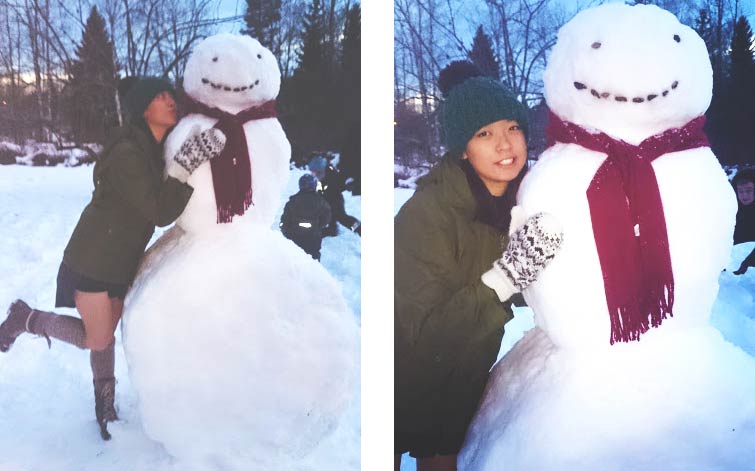 Gott Nyt År. All is as it should be.

Vlog of my Christmas in Sweden: