So anyone that knows me will know that I am a major Eurovision fan. Eurovision is one of the few things in life that can literally make me cry tears of happiness. I get this little fuzzy feeling in my chest whenever I’m in one of my Eurovision moods. I love watching the Swedish pre-selection Melodifestivalen and I have more Eurovision merchandise than I care to mention. I just think the whole thing is so great- the theatrics and the amount of effort that goes into this yearly event to make it glitter and shine like a unicorn flying high above the skies.

Anyway, those of you who are Australian Eurovision fanatics will probably already have heard the news. Australia is set to compete in this year’s Eurovision final in Vienna, Austria.

I’m feeling super conflicted about this. It’s all in good fun (what with it being the 60th anniversary and all), and I can completely relate to the fact that us Aussies LOVE Eurovision… but, hello? EUROvision, anyone?! It takes somewhere between 22 – 24 hours to fly from Australia to Europe. We’re not only on the opposite side of the world, we’re also on different HEMISPHERES. Whaaaat?!

I was fine with Australia being an interval act in last year’s 2nd semi-final show (albeit, all the Aussie references and costumes did leave me cringing). Jessica Mauboy was a perfect choice to represent Australia even though it was evident she was a nervous and pitchy wreck. But actually COMPETING in the Eurovision finals is absurd! The only good thing that I can think of to come from this is that I’ll actually have the ability to partake in voting for my favourite Scandinavian countries. In the instance that Australia wins Eurovision 2015 (GOD FORBID), we’re still not going to host the event, but we will be given another chance to compete in next year’s finals. 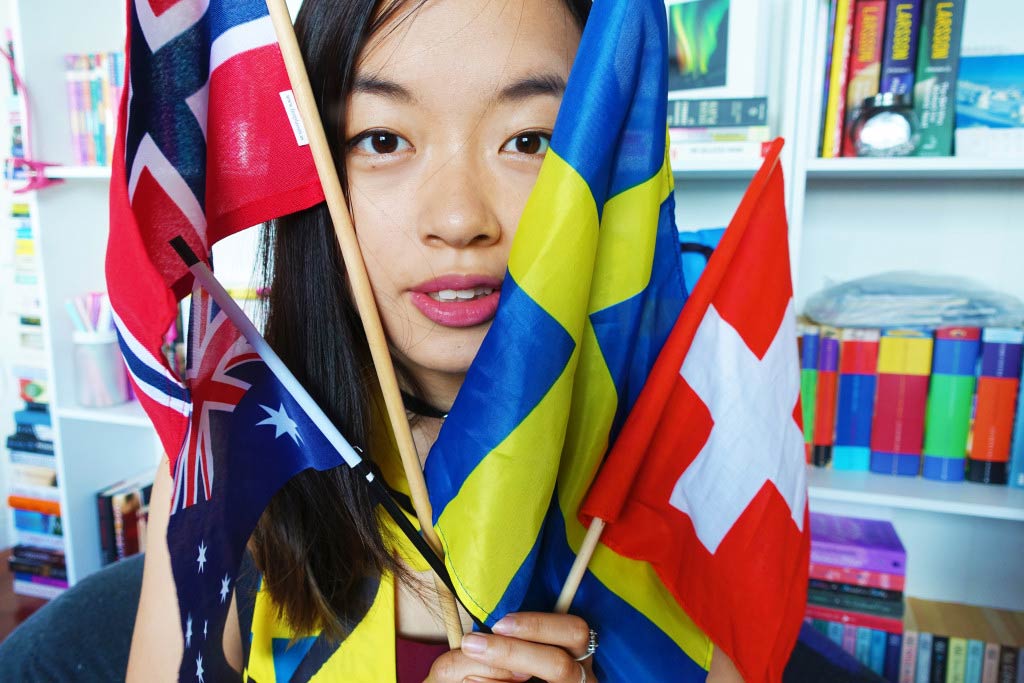 Look, I’m not trying to put a damper on things. I know heaps of Aussie’s who are over the moon thrilled about this news, but the thing that I personally love so much about Eurovision is it’s exclusivity. Before anyone starts nagging on me about how Israel and Azerbaijan aren’t part of Europe blah blah blah, well, to me they are still part of the geographical make up of Europe. Does that make me some kind of weird European nationalist/patriot? Perhaps- but not to any extreme extent.

I’m not sure who the Australian delegates have in mind to send to Eurovision this year but it’s probably someone who is kind-of known in the Australian music industry. Australia definitely has some talented musicians (i.e. Guy Sebastian, Delta Goodrem, Matt Corby, Sia- but let’s be honest, she’s too famous), and if they send someone who isn’t there to jump around the stage like a kangaroo with a beer in hand, then I’m all for supporting the act. There are talks about sending Kylie Minogue and lots of people are signing a petition for Australian band TISM to represent (sorry, who are they???) but I’m secretly hoping that they’ll send Dami Im because I think she’s got the class and wow-factor.

Anyway, I’m interested to see how this will all pan out. Props to Julia Zemiro and Sam Pang for their enthusiasm. I actually haven’t watched the Australian broadcast of Eurovision since 2013 and have opted to watch it live through SVT Play (Sveriges Television) just because it’s more thrilling when you actually know the results in real-time.

What do you guys think of Australia competing in Eurovision? Think it’s justifiable? I’m just hoping it really is just a one-off thing.