“The lack of certainty only seems to underline new possibilities.
The challenges ahead seem surmountable.”

With a heightened sense of adventure and wanderlust, I walked into a bookstore one day and picked up a few Lonely Planet travel books and came across Sarah Turnbull’s memoir Almost French. “Why not?” I asked myself, and I put it amongst the ever-growing pile of books in my arms and took it to the cashier.

It took me over a month to get through Almost French, not because it was a horrible book, but because I’ve never really had an overwhelming desire to read memoirs of any sort. There’s no plot, no climatic moments that leave you wanting to know more; but I guess that’s what you get with memoirs and bibliographies. They’re just a recount of the past that leads up to a sense of enlightenment. That’s definitely what I was left feeling after finishing Almost French– a sense of enlightenment that really can only be gained after reading real-life recounts and experiences.

Almost French is the memoir of Sarah Turnbull, an Australian journalist who, by a chance encounter on a backpacking trip around Europe, meets a Frenchman who invites her to stay in Paris with him. We get to experience Sarah’s cultural journey from the moment she lands in Paris with her khaki shorts to the end where she ends up marrying Frédéric at the town hall in the 2nd arrondissement five years later. In between, there are moments of cultural conundrums, misunderstandings, insecurities and hesitations.

“Cultural misunderstandings make for snap judgements. People I dismissed as cold and unfriendly have become friends.”

The stigma of the French being unfriendly and uninviting may be true at face value, and often-a-time you’ll be faced with a blasé French local who will totally encompass the stereotype of arrogance and rudeness- but that’s just the culture. It’s much like how Australian’s are known for their lax attitude, or how Swedes are known for their shy demeanour or the Chinese for their pushy behaviour. If there’s anything I’ve gained from reading Almost French, it’s to pretend that you’re a chair and not take everything personally.

“’Then, when no-one smiles at you or talks to you before dinner, you won’t be surprised’, she writes. ‘Who talks to a chair?’”

I’ve always known that when I arrive in Switzerland, I will have a magnitudinal (is this a word? I don’t know…) wave of culture shock and anxiety. I mean, the fact that I know this will happen should help buffer the initial impact, but still. It’s kind of scary. 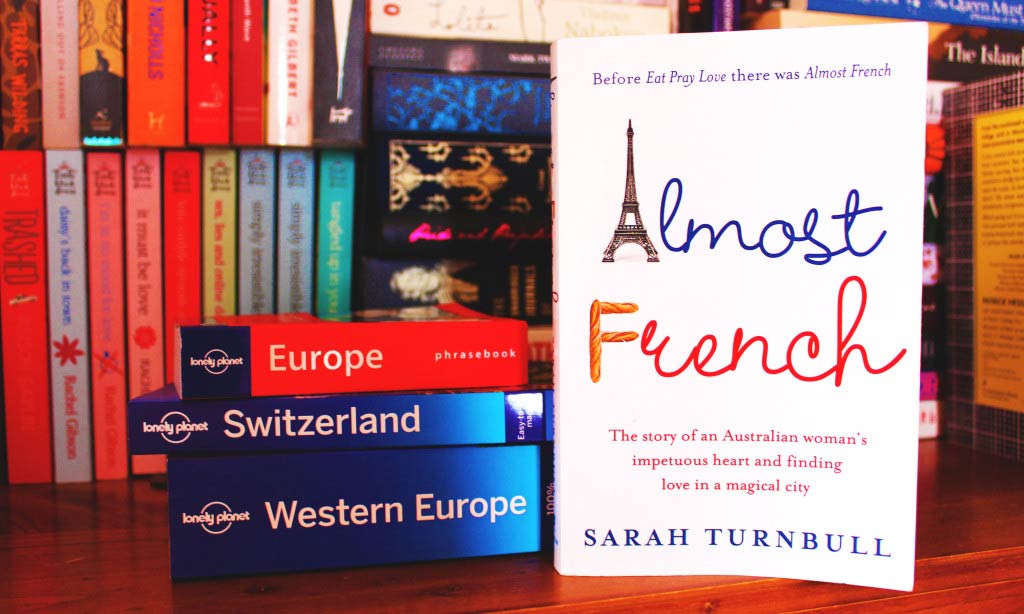 Through reading Almost French, I gained a new insight in dealing with culture shock; and though I have yet to put the whole ‘chair’ thing in practice, it will be in the back of my mind when I do encounter a Swiss local who might have woken up on the wrong side of the bed and can’t handle my incoherent French. Although, I’m pretty sure the Swiss are a little more forgiving than the French.

If you’re going to be living in France for a lengthy period of time, I suggest reading Almost French. It might help put the culture in perspective. It’s especially good for Australians as it does point out the tensions between the two cultures.

“Breathtaking beauty of any kind is moving. It makes tourists of us all. It anchors your heart to a place.”

3 Eiffel towers out of 5 (Would be more if I were a memoir kind of reader).